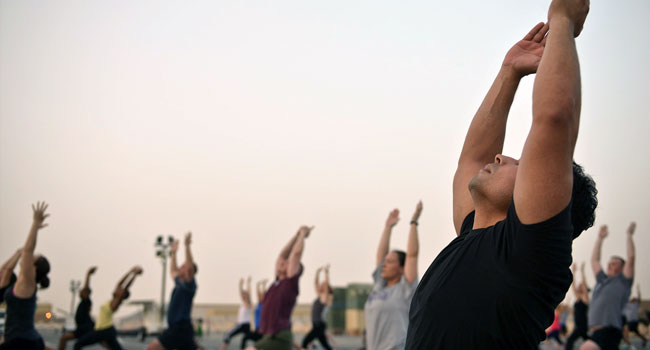 Part of being happy during later years is being able to remain engaged and maintain a sense of independence. A decline in balance can interrupt a person’s ability to meet with friends, buy groceries, or play with grandchildren. Falls in the elderly is a major source of painful orthopedic injuries like broken hips and compression fractures in the vertebrae of the spinal column. Once these injuries take place, it becomes even harder to re-engage in upright activities like cooking meals and walking.

A decline in balance, or unsteadiness, that creeps up on folks as they progress in years can definitely negatively impact their quality of life. As a person’s perceived balance declines, the fear of falling starts to set in. This makes them more inclined to shy away from walking and other forms of upright activity. A vicious cycle sets in, whereby less movement leads to even worse balance, and even more fear of getting around. If you know a loved one who might be experiencing this or if you even are noticing some balance problems of your own, rest assured that with a little work balance can definitely get better.

During this past holiday season, I came down with a wicked flu that left me feeling too weak to engage in any form of exercise for about three weeks. I had the bad cough, congestion, lots of fatigue, body aches, and headaches. Once I got better and tried to exercise again, I was amazed at not only how weak I had gotten, but also how poor my coordination and balance had become in three short weeks. After going back to my usual yoga classes, I really struggled trying to hold balance poses that typically weren’t that big of a deal for me. How quickly the connections between our brain and our bodies that we have spent years fine tuning start to falter! I even questioned whether I would be able to get back to where I was before getting sick as far as what I could do. Imagine how an older person must feel after losing their balance and taking a tumble to the ground. It almost doesn’t seem fair, but it helped me understand how important it is to keep stimulating the body to keep both it and the mind sharp.

The good news is that we can regenerate important connections between our brains and our muscles to improve things like balance no matter what the age. For example, last year Indiana University reported on a study with elderly adults who were afraid of falling. Two times a week for twelve weeks they did a form of gentle yoga known as hatha yoga. Their results showed that the study participants gained lots of positive benefits from the treatment including a reduced fear of falling, increased lower body flexibility, and a reduction in their leisure restraints. In other words, it helped them get more mobile and less inhibited.

Granted, this was a small study of only 14 patients, but you get my point. There is so much within us that we can tap into to better our health and heal problems if we are willing to push the boundaries. I hate to sound overly cynical, but if the pharmaceutical industry came out with a new pill that would “improve balance in the elderly” I would imagine that a lot more doctors would be prescribing it and a ton of patients would be clamoring for it in comparison to the numbers of doctors and patients who are currently talking about balance exercises like hatha yoga.