Got Pain? Learn to Love Your Body Again 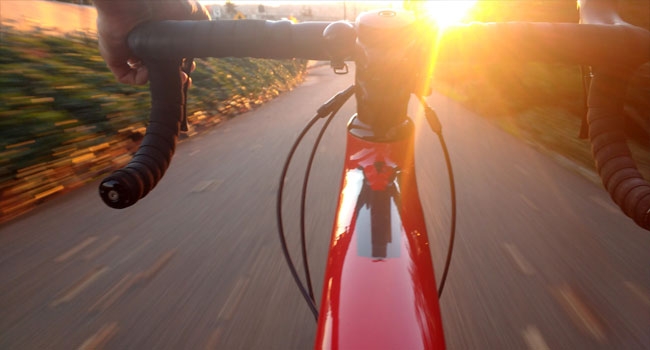 Last weekend, spring hit my neck of the woods. I live in Los Gatos, Calif., about an hour south of San Francisco, nestled against the Santa Cruz Mountains and home to Silicon Valley icons like Steve Wozniak and Netflix. So last Sunday I took the bait and hopped onto my road bike and made my way up into the hills near my house. As I climbed past tall redwoods, rustling creeks, and boutique vineyards, I felt blessed. I looked down at my bike’s frame, and there staring back at me was the word “Trek.” And at that moment it hit me. I was on that bike, pumping my legs, surrounded by nature’s glory, largely because of one man: Lance Armstrong.

Flashback to 2002, where you see me purchasing my fine, all-carbon Trek bike. I was struggling to rebound from reconstructive knee surgery, and mind you I was no Adrian Peterson, who came back after a similar surgery able to perform even better than his former self. No sir. I was a private practice pain doctor who kept working without a day off after I tore the holy daylight out of my right knee because I had both a family and a practice to support and patients who needed me. I had my surgery a few months later but only took a week off to recover before resuming a full schedule of a busy clinic, procedures, and bouncing around two hospitals with my crutches. My knee continued to hurt a lot. I couldn’t sleep well, felt depressed, and I kept gaining weight to the point of being told I had metabolic syndrome. When you are in pain, you feel like you are trapped in your body — a prisoner who cannot escape. What do you do when it hurts to move but you know that if you don’t move you will hurt worse?

Somehow I needed to find a way out in order to restore my body and rekindle my fading spirit. At that same time Lance, the cancer survivor, was blowing through a series of unprecedented Tour de France victories. I quickly grew to admire that image of him on those carefully-selected Trek bikes, with those steely determined eyes, relentlessly pedaling legs, and a backdrop of prior days lying in a hospital bed with chemo dripping through the IV. If Lance could do what he was doing after looking at death face to face, then surely I could do better. And eventually, I did do better, but of course I had to first get past the fear of wearing those clip-in cycling shoes and the embarrassment of falling the first time I couldn’t get my feet out of the pedals on time.

A lot has happened in my professional career since then, and obviously a lot has happened in Lance’s, too. After learning the difference between treating the acute symptoms of pain as opposed to healing the person in pain, I have been able to devote the last decade to helping others learn how to do the same. What I learned has helped me play a role in the recovery of thousands of debilitated chronic pain sufferers and has enabled me to train other doctors and clinicians to do likewise.

One of the most fascinating aspects of working with people is seeing what motivates them. It is hard to help patients get better if they aren’t ready or willing to make the choices needed for that to take place. The short answer is the greatest positive motivator of people that I have seen over the years is other patients. I routinely see patients with complex chronic pain problems, where tragedy has been heaped upon tragedy in their lives that are able to make key cognitive shifts that eventually lead to powerful recoveries. What really seems to move this process is having them participate in treatment alongside other successful patients. Me telling somebody who is in pain that exercise will help them get better even though they are hurting just doesn’t carry the same punch as another patient with a similar condition showing them how they can exercise and telling them of the benefit that it has played in their own progress. When one person is able to have that type of positive impact on the life of another, then you have created something that is not just powerful — and something that drugs cannot accomplish — but a tool for better health and recovery that spreads beyond the interaction of two individual people and on to whole communities.

If we can take a step back for a moment away from our negative emotions toward Lance Armstrong as a defrocked cheater and loathsome public enemy, then perhaps we can see that he was on to something, regardless of where you think his intentions resided. What made Lance special was that he came to this party as one of us: diseased and broken. I can’t help but think that if his persona was a valuable motivational tool at a time when I needed one, then certainly Lance the cancer survivor and key founding element of the Livestrong movement and foundation has had a very positive impact on many who have persevered through the trials and tribulations of cancer treatment. In some small way, the not-forgotten role that he seemed to have played in my own recovery in turn fed my professional growth as a physician.

Lance is perhaps no longer anyone’s role model, but the concept of the power of motivation in creating positive change should not be lost. Medicine is being practiced at a time now where the returns on investment are just not good (17.6 percent of GDP yet we were ranked as only the 37th best health care system in the world). As much as 75 percent of our health care dollars spent go to chronic diseases, yet these same chronic conditions are intricately related to lifestyle factors, giving behavior modifications the potential to create empowering cost-effective solutions. I can say the power of people as mentors does work because I see that happen every day, and whether we use the legacy of a famous athlete or the guy down the street to motivate change in others, the role they can play is an untapped healing tool. Our greatest resource is, and has always been, us.