It’s the Health Care, Stupid: As Our Health Goes, So Does Our Economic Recovery 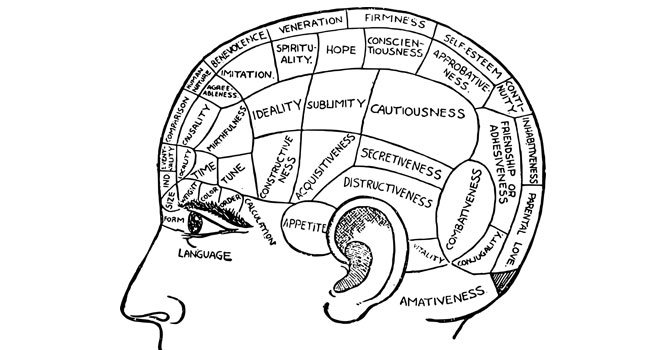 I want to propose a radical shift to how we approach treating chronic pain. In very basic terms, I suggest that we redirect treatment toward remodeling the brain as opposed to just focusing our attentions and therapies on painful body parts like the back or neck. In other words, we need to go top down instead of bottom up. Scientific research over the last decade has revealed a number of clues as to why chronic pain has grown into such a large and costly societal problem that remains vexingly resistant to typical treatments. Neuroscientists have woven a story for us about pain, but so far, our health-care system hasn’t taken full advantage of this information to deliver high-quality and impactful treatments on a large enough scale.

This story has to do with the ever-changing and adaptable nature of the human brain; this property is aptly called “neural plasticity.” Nerve cells in the brain have the ability to change their function and structure based on both external and internal factors. These changes can ultimately shape the way a person thinks and feels. For example, it is neural plasticity that makes it possible for stroke victims to regain function in damaged brain areas. When presented with a stressful event of some type, the brain will react and respond to this challenge, leading to changes in the way things get processed in a number of the brain’s key regions. This brain response can turn out to be positive or negative for the individual in a manner that we can compare to exercising a muscle. Rigorous exercise can improve the strength, endurance, and performance of a muscle, or it can cause injury and breakdown that leads to atrophy. Unfortunately, the presence of chronic pain can mean that the brain has been molded into a less vibrant version of itself, similar to an injured muscle.

First, realize that there are big differences between acute and chronic pain, and you will get very different results if you treat them the same way. Acute pain is the byproduct of tissue injury and damage. It is the pain we feel when bones are broken or tendons are torn. Chronic pain, on the other hand, is the disease. It is a complex equation of physical, emotional, cognitive, genetic and environmental factors that come together with the end result that leaves us hurting in some way, day after day. It is in the chronic pain setting that the neural plastic properties of the brain can lead to maladaptive changes in the brain’s wiring that both make us feel lousy and change our behaviors into seemingly a different person. True healing requires re-wiring these adverse changes into something more positive and less taxing to the brain.

While stroke rehabilitation may mean re-learning how to use just one injured area in the brain, pain affects numerous parts of the brain. Three key regions to note include the hippocampus, amygdala, and pre-frontal cortex. Interestingly, bystanders living near the World Trade Center buildings during the 9/11 attacks later showed changes in these three same regions. The hippocampus is a learning center for the brain that can be readily inhibited by things like stress hormones. Chronic pain, depression, and PTSD, as well as chronic diseases like diabetes can all cause the hippocampus to shrink, leading to a potential decline in cognitive function. Numerous studies have now shown that exercise stimulates growth in the hippocampus even in later years, but conversely, chronic back pain has been found to accelerate gray matter deterioration inside the brain.

The amygdala processes stress and creates emotional responses to the environment. Activation in the amygdala can lead to fear conditioning, and in animal experiments, signs of anxiety and aggressive behavior. Think of an outwardly irritable or anxious person as someone with an overactive amygdala. The prefrontal cortex is involved in higher processing like decision-making, planning behavior, and social interactions. The prefrontal cortex impacts neural plastic remodeling in the amygdala. For example, making a conscious decision, via the prefrontal cortex, to engage in a relaxing breathing exercise during a pain flare-up can mitigate over-excitation of the amygdala and diminish anxiety. Conversely, interplay between these two brain regions has been implicated in learning fear behaviors. The fear of movement, or fear-avoidance, can serve as a major barrier to functional recovery for pain patients.

As we start to put the pieces together, we can begin to visualize chronic pain as a neural plastic process where changes in nerve activity and connections start to control the way the body feels and moves in negative ways. Regardless of where in the body somebody may hurt, neuroscience research suggests that they likely will have developed plastic changes within their central nervous systems that differ decidedly in comparison to how things were before the pain began. Furthermore, these “chronic pain” brain changes can be re-remodeled and further altered to counter these effects created by the pain.

Unfortunately, many of the typical treatments offered for pain problems — like painkillers, injections, and spine surgeries — offer little chance of reversing the chronic pain brain. But stimulate the brain to change, and the potential to reverse the course of a person’s chronic pain experience can become an effective treatment strategy. The brain responds to the body’s physical motion; moving parts will eventually hurt less than inactive ones, even though initially jumpstarting an exercise program can first increase pain before it gets better. Exercise increases gray matter volume in places like the prefrontal cortex and hippocampus. Social support and integration, something chronic pain patients often lack, is an essential part of promoting well-being and reinforcing effective coping skills. Focusing the mind through meditation alters the brain’s structure and function, leading to increased activity in the prefrontal cortex and quieting the amygdala. Changing thinking patterns in the brain associated with chronic pain ultimately leads to behavioral and experiential changes that can help restore well-being and fulfillment with life.

When it comes to pain relief, create the brain you want and the rest will follow.