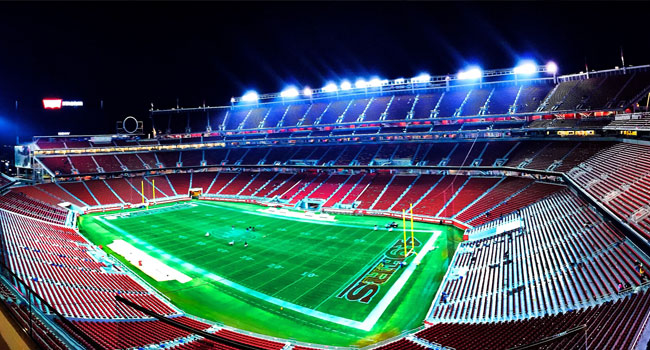 Ten years ago, I had an opportunity to observe up close the high-profile life of NFL athletes. A friend of mine had the good fortune of being on the receiving end of a travel package to spend a weekend with the Oakland Raiders during a road trip to play their cross-state rivals, the San Diego Chargers. I’ll never forget the police escorts to and off the airport tarmacs and boarding the plane with the likes of Jerry Rice, Tim Brown, and the late Al Davis. That weekend gave me a firsthand view of how professional football players lead a routine of always being made to feel special, and in many ways, separated from the realities of ordinary life, or so I thought.

The recent suicide of Junior Seau, a well-liked NFL retiree, serves as a reminder of how quickly the privileged life of a professional football player can spiral into something quite different once their playing days are over. The toll on the body and mind from playing a physical and sometimes violent sport can mean living with chronic pain, depression, fighting chemical dependency, and trying to put back the pieces of memory loss. The irony in all of this is that many of these former superstars are struggling with the very same problems that I treat every day when I work with chronic pain patients from the general population.

Traumatic brain injuries (TBI) can lead to a whole host of unsettling effects including personality changes, memory deficits, irritability, problems with impulse control, and headaches. Understanding brain injuries is complicated business, but I think there are clues to improving early recognition and treatment if we start to think of TBI as a complex chronic neurological disease made up of many factors as opposed to simply the end result of one or more concussions.

In 2008, an extensive literature review looking at the association between TBI and chronic pain was published in JAMA, and it included some of these important findings:

• The prevalence of chronic pain after TBI is 51.5 percent in the civilian population and 43 percent among military veterans, with headaches being the most common pain problem.

• Other types of pain associated with TBI include nerve pain syndromes, joint pain and stiffness, and spasticity.

• About 43.9 percent of soldiers who fought in Iraq or Afghanistan who experienced a loss of consciousness (LOC) also developed post-traumatic stress disorder (PTSD).

• Soldiers who experienced a LOC were more prone to developing major depression.

• Many of the symptoms associated with TBI are actually being attributed to the presence of PTSD, major depression, and/or pain.

• In TBI patients, the severity of pain symptoms is strongly linked to an avoidant coping style.

Another important factor to consider with TBI is the potential impact of concurrent substance abuse of alcohol, prescription pain killers, or recreational drugs. A Washington University study commissioned by ESPN reported that 52 percent of retired NFL players used prescription pain medications during their playing days, and of those, 71 percent stated that they misused them and 63 percent admitted to getting them from non-medical sources like teammates. Their survey found the rate of misuse of prescription opioids to be three times higher among retired players compared to other men of the same age.

While the problems with pain medication addiction and TBI among military personnel returning home have been well-documented, it should be noted that studies done on civilians consistently show that substance abuse problems precede the events that lead to TBI. What remains unknown with professional football players is how often chemical dependency problems arise as a result of head injuries, and, alternatively, whether the misuse of pain killers leads to riskier actions on the playing field that could result in more brain injury.

Another interesting twist comes from research done in prisons, where it turns out that the incidence of TBI among those incarcerated is greater than 60 percent, which is seven times greater than the general population. This implies that a high percentage of inmates grew up the victims of violence, and it raises the question of how much of their own behavioral problems are directly related to past head injuries. Substance abuse is also high among prisoners with TBI, with alcohol and crack cocaine being major culprits.

Now we can start to see that the events surrounding when the head injuries occur matter. For example, is the TBI linked to physical abuse? Combat? What is the environment down on the football field and in the locker room like when head injuries occur? Can we modify this environment to improve recovery? For example, the military is now using acupuncture in cases of TBI right off the battlefield with the hopes of curtailing problems with pain medication addiction down the road. Identifying players (or soldiers for that matter) with avoidant coping styles would also seem to serve a purpose, especially in a culture where it is expected to put up with pain and not doing so can threaten what is a very lucrative occupation. Players should be coached to report a LOC and to seek attention immediately, as opposed to staying silent and keep playing.

Once recognition that a TBI has occurred, treatment should focus on the totality of the problem. In other words, there is a good chance TBI victims could have major depression, anxiety, PTSD, personality and cognitive changes leading to social dysfunction, and significant chronic pain including headaches. Treatment needs to be comprehensive and interdisciplinary, meaning it must address a complex constellation of psychological, cognitive, and physical problems in an integrated way. Retired and current NFL players should undergo assessments to identify which of these problems exist so they can receive the right treatment. I would argue that missing the boat on this only serves to push individuals further toward the urge to self-medicate with whatever they can get a hold of.

In another instance of where the NFL can learn from our military, the U.S. Department of Defense recently reported that it is now using art therapy to help service members heal from TBI and PTSD. In fact, they have dubbed it the Healing Arts Program, and it is integrated as part of the interdisciplinary treatments being offered on the Walter Reed campus. I know what you are thinking: “Three hundred pound offensive tackles aren’t going to do art therapy.” Having used art therapy as part of my practice’s interdisciplinary pain and rehabilitation program for over a decade, I can tell you that while the players may scoff at the idea at first, there is a darn good chance they will come to embrace its benefits.

Stimulating the mind through things like art therapy is an example of the brain’s powerful ability to adapt, build new circuits, and reorganize. This is known as neuroplasticity. The key to better treatment of TBI, whether you are a professional athlete, soldier, or civilian, is to take full advantage of what the brain can do by nurturing its power to heal, preferably at the time of injury. Besides a post-game recovery regimen of icing, stretching, and cortisone shots, it’s time football players have access to “brain rehabilitation” as well.