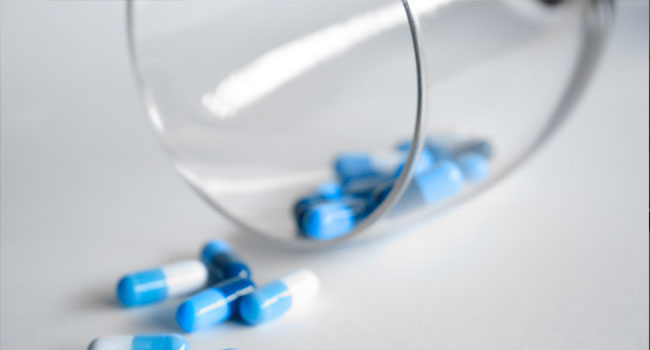 “A new type of thinking is essential if mankind is to survive and move toward higher levels.” — Albert Einstein, 1946

The other day I received a call from a doctor in Maine asking to talk to me about the comprehensive pain management programs that I help run here in California. He informed me that he was working with a local hospital to try to set up something comparable, and he wanted to ask me a few questions. It turns out that Maine has recently adopted legislation to slash the use of opioid-based pain medications for recipients of MaineCare, its state-run health care system. In fact, the bill puts a cap on the use of opioids like Oxycontin and Vicodin to only 45 days unless you have cancer or AIDS. What prompted this roguish proclamation on chronic pain treatment was the governor’s need to address Maine’s budget woes. The Portland Press Herald reported that in 2010 almost one-third of MaineCare’s patients received at least one prescription for a narcotic painkiller at a total cost of $7 million, and that addiction treatment costs the state about $100 million annually.

That same day that I got the call from Maine, The New York Times ran a front page story on what the state of Washington has been doing to control how painkillers are prescribed. Washington is not just trying to clamp down on the rise in pain medication abuse and diversion, but legislators, insurance leaders, and some physicians are working to reign in what is perceived to be the over-prescription of opioid-based painkillers to the general population with chronic pain. Citing multiple concerns, including a rise in harmful narcotic side effects, a lack of well-documented long-term efficacy, and an increasing trend of accidental deaths from overdosing, the Times reported that hundreds of thousands of patients nationwide may be on dangerously high dosages of painkillers.

It turns out the question of how to regulate the use of painkillers now has the attention of many states as well as federal agencies. A number of states are trying to come up with ways of curtailing the abuse and diversion of prescription painkillers, and as evidenced by Maine and Washington, some are also taking on the controversial task of trying to provide guidelines on how they can be prescribed for legitimate medical treatment. Then, there is the pill mill disaster that has come to be associated with parts of Florida, where customers can pay cash to get prescriptions for painkillers like Oxycontin and have them filled by an in-house pharmacy at the same time. This has prompted a federal crackdown that included agents recently searching several Florida pharmacies owned by two major chains as well as a large distributor.

How bad is this getting? Earlier this year the CDC called painkiller overdoses “a public health epidemic” and reported these statistics:

Where does this mess leave legitimate patients with pain problems that need help and their doctors who genuinely want to help improve their lives? In a nutshell, a doctor who sees a patient with a pain problem likely only has about 15 minutes scheduled to try to understand what is important about that patient’s situation (and I mean medically but also psychologically and socially), provide education, review diagnostic test results, and recommend some type of treatment that will have impact. As we move into the arena of tighter regulation, this also means that visit needs to now be spent doing things like urine drug tests and downloading pharmacy reports to see if the patients are getting prescriptions from other doctors. Let’s not forget to toss in the fact doctors now need to spend time doing their charting in an electronic medical record, which means the annoying sensation that he/she is talking to the computer and not the patient.

If you do the math, there really isn’t enough time to accomplish much of anything other than to fill out new prescriptions. Unless, of course, health plans start to support better alternatives for treating chronic pain, like what my colleague in Maine is hoping to accomplish.

Just like a person having a heart attack needs to be monitored and treated in an ICU, a person suffering from pain needs a place that they can go to get healthy, too. The difference is that it isn’t apparent to most what that place should look like. I think we can see that the traditional medical office setting that leads to more tests, invasive treatments and prescriptions for strong painkillers is not working and may be creating more problems than it is solving. In fact, I discovered years ago that my most successful patients are generally the least dependent on pills, and for that matter, the least dependent on me.

If I was to describe what folks who won their battle against their pain looked like, I would say that they learned how to think and act healthy. In other words, they got the help they needed to learn how to get physically more active, manage stress, become constructive problem solvers that understand the mind/body connection, and communicate better to stay more connected with others. On top of that, they become real picky about what they ingest, whether we are talking about their medications, food, choices of beverages, or tobacco. People feeling overwhelmed by their pain shouldn’t be in line at pill mills or get treated like they are going through airport security. They should have a place to go where they can learn how to overcome what really ails them.