Buprenorphine: A Key Ingredient in the Fight to Solve America’s Pain Crisis

Raiders of the Lost Art: Medicine in the Digital Ice Age

Buprenorphine: A Key Ingredient in the Fight to Solve America’s Pain Crisis 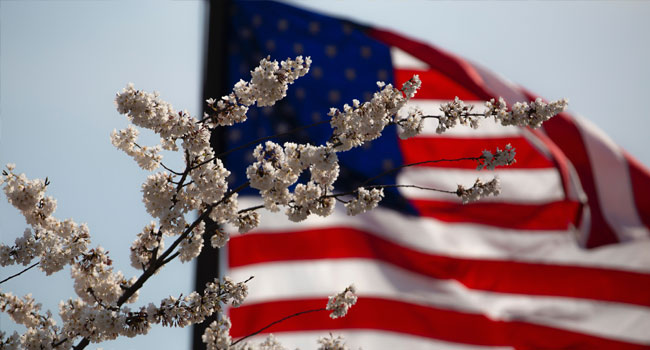 “If you do not change direction, you may end up where you are heading.” — Lao Tzu

Over the last few weeks, the CDC, the U.S. Department of Health and Human Services (HHS), and the president of the United States have all separately hit the emergency button over the subject of chronic pain treatment and opioid pain killers. Concerns over the rising tide of pain killer addiction, accidental overdose deaths, and a carryover effect causing a steep rise in heroin use have made this a “code blue” emergency for Washington. President Obama has made it clear that addressing the opioid epidemic is now an administration priority, and he has requested $1.1 billion in new funding to help treat patients with opioid addiction.

One treatment option that has risen to the surface of discussions is the medication buprenorphine, including the need to make it more accessible to more patients. Recently, HHS Secretary Sylvia Burwell requested a policy shift to increase the cap on the number of patients that appropriately licensed physicians can manage on buprenorphine from 100 to 200. While I applaud the administration for recognizing the urgent need to break down barriers like access to buprenorphine as a life-saving measure for a problem that is killing more Americans than car crashes, I can tell you that what needs to be done about buprenorphine runs much deeper than treating addiction.

Let me start by telling you about Patient #1. Back in 2004, my practice partner, Dr. John Massey, decided to try treating one of his pain patients with buprenorphine. Patient #1 was a young mother who had failed miserably with the typical treatments of the time for a low back injury- spinal fusion surgery, spinal cortisone shots, and potent dosages of Oxycontin, which had become one of America’s leading designer pain medications. Her situation nose-dived into such despair and disarray that she became suicidal and largely bedridden. Prior to that, like many of us Patient #1 had been a parent, a spouse, had a job, and had no history of addiction. When she was started on pain killers after her injury, she only took them as prescribed, never overused them, and did whatever her doctors asked of her. Nevertheless, her situation had become a tragedy, not because she was an addict, but because she had chronic pain that she didn’t know how to manage and she happened to also be stuck on opioids.

Patient #1 stopped her Oxycontin, transitioned onto buprenorphine, and then went through our intensive outpatient pain program, and in a matter of weeks a miraculous metamorphosis took place before our very eyes. Her head cleared, the depression dissipated, and her body started to move and exercise. Within a matter of months, she was back to work again after being unemployable for years. (Most experts will tell you that the odds of somebody regaining employment who has been off for more than six months is extremely low.) Sure, buprenorphine alone did not create this recovery, but along with the hard work of her treatment team, it played a key role in Patient #1’s resurrection back to living again.

The success we saw with Patient #1 quickly lead to triumphs for Patient #2, Patient #3, and so on, and we have now treated hundreds of patients dependent on opioid pain killers with complex chronic pain problems using buprenorphine as part of a comprehensive approach with mostly very positive outcomes. When our practice first started to use buprenorphine over a decade ago, it was a little-known drug introduced primarily for the treatment of narcotic addiction, but we quickly found that it had value beyond addiction. Buprenorphine became a great tool for many of our patients who were struggling with chronic pain, dependent on opioid pain medications like hydrocodone, oxycodone, and fentanyl, and were motivated to get off of them but couldn’t envision or tolerate a life without them. Suffice it to say, buprenorphine has been a life preserver that has helped us rescue countless of our patients who were sinking or just plain stuck.

The current rhetoric around increasing accessibility to medication-assisted treatment options like buprenorphine is for the treatment of what has been labeled“opioid use disorder,” which can mean a lot of different things and is based on a patient having 2 of 11 possible different characteristics. But the opioids are just a part of the clinical picture, and what we are really talking about is patients with many layers to their onion, including chronic pain of some variety, as well as related problems like depression, anxiety, relationship disruptions, insomnia, economic stress, and even PTSD. Even in cases where there is no misuse of medications, the situation can be pretty bleak for the person suffering in pain and not knowing what else to do.

I can tell you from firsthand experience that we have a long way to go to empower physicians with what they need to help create meaningful change in the lives of people struggling with complicated disabling chronic pain problems. It can be a big challenge to get insurance approval to put patients on buprenorphine and keep them on it, and even harder to get coverage for all of the needed integrated care on the back end. My office deals with the untoward consequences of “no” on a daily basis. Imagine being a patient who goes through the trials and tribulations of coming off of high dosages of something like Oxycontin and onto buprenorphine, only to be told a few months later by their insurance company that they aren’t going to cover it any longer? Would you deny a diabetic their insulin or a cancer patient their chemotherapy? There are plenty of physicians out there who have taken the Hippocratic Oath that sit on insurance review boards who are happy to say “no” to patients like mine.

For many chronic pain patients who have landed on a daily regimen of opioids and feel stuck in their ability to progress and improve, transitioning onto a medication like buprenorphine can be a game-changer in that process. I see examples of this in our own practice on a routine basis. It is time for insurance plans, doctors, patients, and now the government to get their arms around the full scope of how buprenorphine fits in.