Raiders of the Lost Art: Medicine in the Digital Ice Age 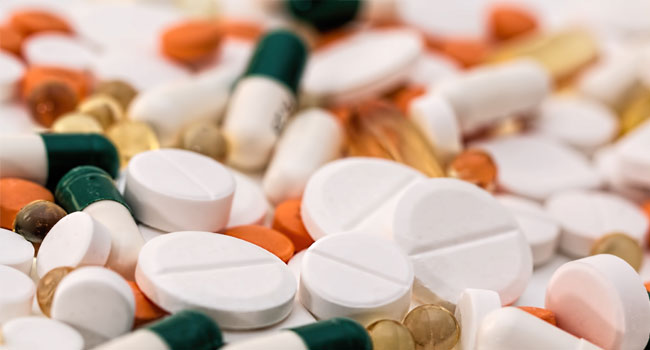 Perhaps no health problem in America is in bigger need of an infusion of quality care right now than the treatment of pain. One form of treatment that has been under the microscope as of late is the prescribing of opioid-based pain killers, with concerns largely being fueled by the rise in accidental deaths and other addiction-associated problems, including a sharp uptick in heroin use. We spend an average of $3.6 billion a year on prescription narcotic pain killers while consuming 80 percent of the global supply, including 99 percent of all manufactured hydrocodone. In other words, we seem to have a corner on a very lucrative market.

While regulatory agencies are now putting a heavy emphasis on improving safe practices at the level of the doctor office and pharmacy, this still does little to bring value to the millions of pain patients who continue to remain dependent on opioid-based pain killers. But while doctors and pharmacists are feeling pressured to put more of their time and energy into tighter regulation and oversight of prescription pain killers, this emphasis on more rigorous monitoring is more of a safety measure as opposed to a tool to provide higher quality care with better outcomes.

When it comes to treating pain with opioids, there is a lot for patients and their doctors to consider before starting treatment that unfortunately often gets overlooked. In fact research over the last decade has raised both efficacy and safety concerns about opioid pain killers that seem to be buried in science journals hidden far far away from the exam rooms where they should be getting talked about. Here are six red flag concerns about long-term opioid use that you should be aware but I’m guessing you probably haven’t heard of:

1. Scientific Support Is MIA: By the end of the 20th century, it had become readily apparent that the newer opioid-based pain medications that were coming out could improve doctors’ and nurses’ ability to manage acute pain problems like post-surgical pain and horrific burn injuries, and that they could also play a helpful role in providing comfort care for painful end of life conditions like terminal cancer or AIDS. Within a short period of time, the pharmaceutical industry helped convince physicians, patients, and politicians that the extended use of these same types of medications would be just as effective for treating painful chronic conditions like back pain, fibromyalgia, and arthritis. Opioid management soon became a mainstay for chronic pain treatment based on empirical assumptions of how it worked in the acute care setting, but now, some three decades later, there is still a real void of scientific evidence to be found showing that long-term opioid therapy is effective in the management of chronic pain conditions. One of the common deficiencies of many pain studies is that they only plot results over a short period of time, as in weeks or months, when we really need to know what the results will look like for many years to come. The unfortunate reality is that no scientifically sound study (randomized controlled) has ever really come out to support the use of opioids beyond about three months.

2. Can Increase the Hurt: Imagine going on a new blood pressure medication for hypertension only to find out that after a while it will make your blood pressure shoot up again! In some cases, the continued use of opioid pain killers can have the same effect on your pain. This bizarre phenomenon is known as opioid-induced hyperalgesia (OIH). This paradoxical effect means that the body’s nervous system becomes more sensitive to experiencing pain, and everything from a stubbed toe to a paper cut will likely hurt more. The mechanism behind how exposure to opioids leads to OIH is still not well-understood but is a hot area of research, particularly for those hoping to discover a new block-buster pain pill.

3. Low T: Opioid pain killers can also be testosterone killers. Opioids disrupt the natural regulation of the body’s endocrine system, including interfering with how the hypothalamus and pituitary glands in the brain regulate hormone production in the gonads. The stronger the pain killer, the more testosterone production is likely to get suppressed, leading to problems like diminished libido, infertility, depression, and fatigue.

4. Opioids Can Be Fattening: Long-term opioid use has been linked to weight gain. This might be explained by studies that have found that when patients use opioids they prefer to get more of their calories from sugary foods and less from whole grains, fruits, and vegetables. As an example, chronic methadone use is associated with significant increases in body mass index and obesity rates.

5. Disrupts the gut flora: Hundreds of different types of bacterial species inhabit the human intestines, and the balance of power between these various microorganisms is now thought to have a big impact on how we feel and what types of diseases we get. Besides what we eat, the gut’s flora can be influenced by other factors, including medications. While most patients who take opioid pain killers are well-aware of their constipating side effect, many don’t consider the impact opioids can have on the gut flora. For example, one study found that morphine use led to an over-abundance of the gut bacteria Pseudomonas aeruginosa, leading to disruptions in the intestinal lining, and alterations in immune cell activity.

6. Immune System Suppression: Studies done on both humans and animals have shown that commonly used opioid-based pain medications can also inhibit the function of immune cells. In fact, researchers have found the presence of opioid receptors on immune cells giving them the potential to have a direct effect. This raises concerns for chronic users being at a greater risk for developing a whole host of infections.

While addiction remains a dangerous problem for a certain subset of the population on daily opioid pain medication regimens, there seems to be a whole lot more to be concerned about for everyone else. When a pill can have these types of problematic effects on the immune system, endocrine system, gastrointestinal system, and nervous system all at the same time plus lack evidence of sustainable efficacy, then it is time to take a time out and second guess what the pharmaceutical companies are feeding you.

Need help with substance abuse or mental health issues? In the U.S., call 800-662-HELP (4357) for the SAMHSA National Helpline.