What the Michael Jackson Trial Really Says About American Health

How to Prevent Pain at Work

What the Michael Jackson Trial Really Says About American Health 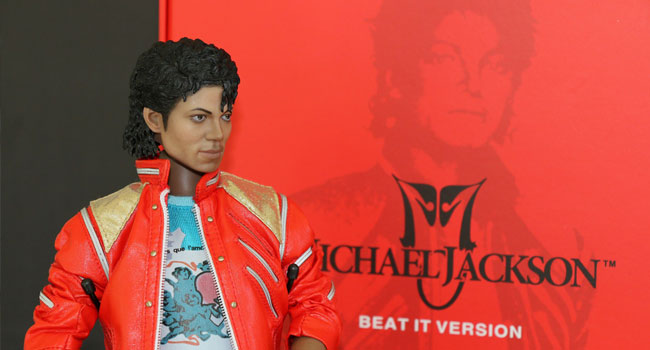 Imagine that you are not just wealthy but super rich and incredibly famous. You travel the world, know influential people and can basically have anything the planet has to offer. Now, if I also told you that you harbored some common chronic medical problems, and that you would die young, what would you think? My guess is you would question why all of your wealth couldn’t give you access to the necessary resources to help you live longer and healthier. Ironically, I would add that your money not only didn’t help you but paid for medical care and a lifestyle that brought on your demise.

Naturally, if you are following the trial of Dr. Conrad Murray, who is facing charges of involuntary manslaughter in the death of Michael Jackson — and by the way, nobody puts on a better court drama story than the city of Los Angeles, lest we forgot — then the scenario above could easily apply to Mr. Jackson’s untimely ending. Like many of us, he dealt with some chronic pain issues, worked too hard at times, was under a lot of stress, slept poorly, and he also had a documented history of addiction to prescription medications. As a physician who treats these types of problems every day, it is just downright disappointing to me to see someone who lived amidst such abundance to not get the type of medical care that would have improved his health and quality of life as opposed to the exact opposite.

Problems like pain, addiction, stress and insomnia all feed off of each other. It is a vicious cycle, where each one escalates the severity of the other. When such cases end in a premature death, the culprit is often an overdose of a mixture of pain killers and sometimes tranquilizers. According to the Centers for Disease Control and Prevention (CDC), we have 26,000 fatal overdoses a year, at a rate of 7.8 per 100,000 people, and it is the second leading cause of unintentional deaths behind motor vehicle accidents. These types of challenging medical problems involve complex interactions between the brain and the physical body. Overcoming the challenges of pain and addiction come not from fancy pharmacology but through the rewiring of how our bodies and minds communicate with each other and support each other’s well-being.

What may not be obvious is that the seemingly bizarre events surrounding the death of Michael Jackson are an allegory of the current state of the doctor-patient relationship in America. Before we cast too many stones at Michael Jackson’s doctor, let’s recognize the glass house that we are tossing them from. In 2010, the most prescribed medication in the U.S. was the painkiller hydrocodone with acetaminophen, at a whopping 131 million prescriptions, according to an April 2011 report released by the IMS Institute for Healthcare Infomatics. In their list of most prescribed medications by therapeutic category, antidepressants and narcotic-based pain medications came in at number two and number three, respectively, just behind lipid regulators at the top of the list.

At a fundamental level, this data tells us that a primary reason people go see the doctor nowadays is to get a prescription to change the way they feel. Be honest, how many of you can say that you have never gone to the doctor and demanded a prescription at least once, even if it was for antibiotics? As a society, we are still among the wealthiest in the world and certainly, by far, have the most medical resources at our disposal. Yet we don’t use this advantage to create better health for ourselves. Instead, we demand more medications and tests while continuing to drown ourselves in rising health care costs as opposed to seeking lasting solutions that can better our well-being.

It wasn’t vexing medical problems like chronic pain and addiction that killed the King of Pop, but rather the way they were treated. But he isn’t alone, and his story is really our problem to solve. I can only hope that his publicized ending can serve as a powerful wake-up call to help change how and what we seek from our medical providers, and likewise, motivate doctors to reach beyond quick fixes and into the realm of creating greater lasting health.